Artsadmin and Julie’s Bicycle announce the success of Season for Change, a pioneering UK-wide cultural programme, designed to inspire urgent and inclusive action on climate change.

A new report shows the power of the arts to engage audiences in conversations about the climate emergency and how it has influenced people’s behavioural change towards the environment, with the impact on communities being particularly profound.

The report tells us that exploring climate change through arts programming is an effective way of engaging people in the debate, with Season for Change engaging 231,000 people and over 3,000 artists, arts professionals and scientists in art commissions and conversations about climate.

Led by Artsadmin and Julie’s Bicycle, and supported by Arts Council England and Paul Hamlyn Foundation, Season for Change spanned 18 months – as the world counted down to COP26 – inviting UK artists and cultural organisations to put climate action at the heart of their programming and creative works.

Read the report in full and in accessible formats 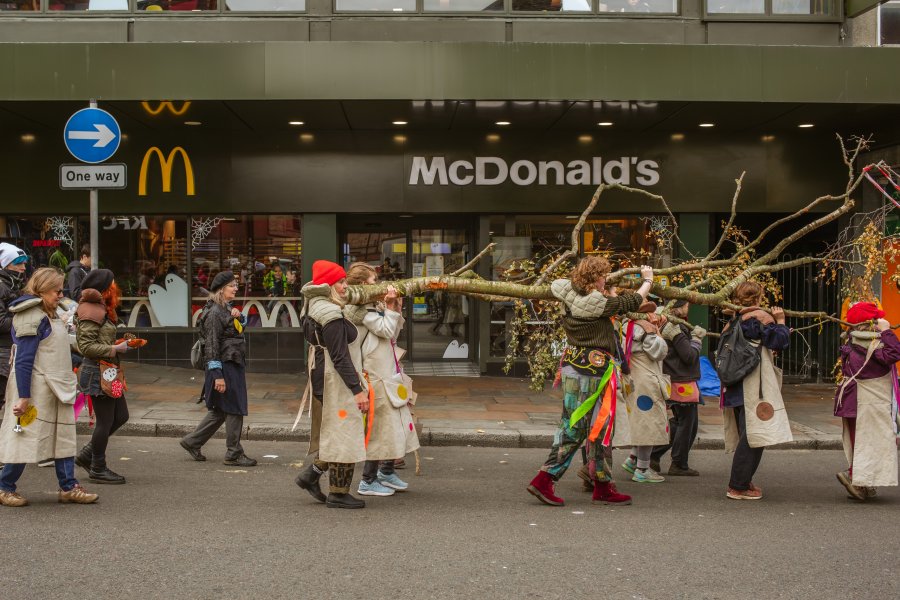 Impact on communities and people’s behaviours and attitudes

Season for Change commissions were focused on working with, engaging and empowering communities:

For Love Ssega’s project Airs of the South Circular in Lewisham, South East London), his music video campaign reached over 100,000 residents living in Lewisham, around a third of the population, raising awareness of the dangers of air pollution. Over 80% of people surveyed said the video made them more passionate about air pollution.

“You know I can’t believe how much I have learned from such a simple but so powerful children’s book! I started to recycle! I strongly believe that these books are going to make a massive difference in our community!” – Participant

Audience Agency research found that participation in Season for Change activity influenced people’s perceptions and behaviours around the environment, and was an effective way to engage people in this global issue.

The programme-commissioned report, ‘Can Cultural Events Catalyse Engagement With Climate Change? A Season for Change Case Study’, written by Briony Latter and Adam Corner, also showed how the arts is a critical tool in engaging the public in urgent conversations around the climate emergency, and inspiring action:

“For campaigners, science communicators and policy makers, it’s familiar to ask how the work they do helps or hinders public engagement with climate change. But in arts and culture, these questions are newer, and in some ways harder to ask and answer in the first place. Our report, drawing on social science and public engagement research, is based on interviews and insights from the Season for Change programme. We hope it will contribute to a dialogue about how the power and prominence of culture can move the climate conversation forwards.” – Briony Latter and Adam Corner, report authors

Season for Change isn’t over!

Many commissioned projects are continuing into 2022 and the programme has acted as a trigger for many other incarnations including: Zena Edwards’ Cece’s Speakeasy, METIS’ Love Letters to a Liveable Future and Duncan Speakman’s Only Expansion continue to tour; Ling Tan’s Climate Exploration Cookbook is being further developed; Walking Forest evolves as part of its ongoing ten-year project; the dream(ing) field lab’s participants are setting up projects in their own communities and it has become a blueprint for engagement and the development of future work in this area.

“Season for Change demonstrated the power of artists to lead, inform and empower communities in the climate justice movement. This excellent programme of arts activities not only changed hearts and minds but generated much needed action on climate.” – Róise Goan, Artistic Director, Artsadmin

“If anyone doubts that climate action needs culture, a quick immersion into Season for Change is all the persuasion needed. Artists and activists weaving climate, justice, community and creativity into a breath-taking programme of events and content makes an utterly compelling case that culture should be at the heart of climate action.” – Alison Tickell, Founder and CEO, Julie’s Bicycle