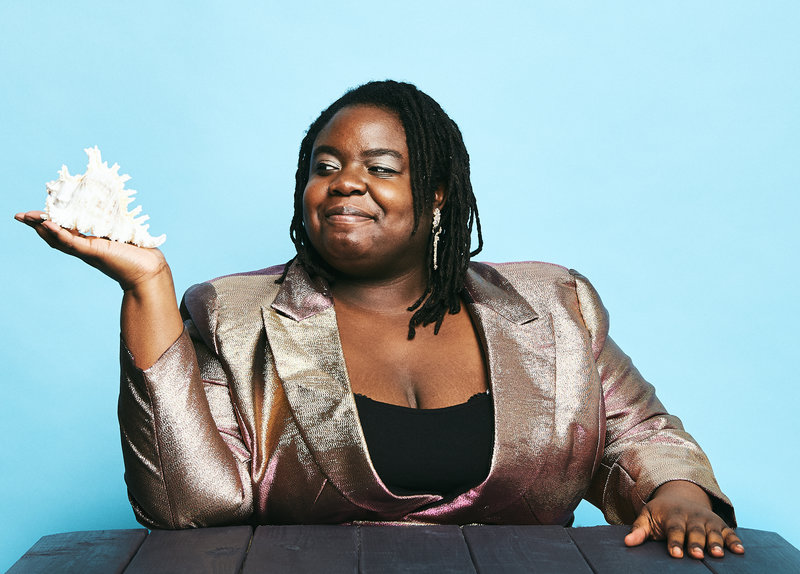 “Breath is not invisible to those for whom breathing is difficult”

Immersion is a collaboration between Selina Thompson, the People of Tower Hamlets and the Air they Breathe. For one evening, four groups of self-appointed Custodians of Air will stand facing the North, South, East and West of Tower Hamlets, playing the sounds of breathing out into the night.

Built from a chorus of breath collected in parks across the borough, the sound is a moment of cleansing and defiance, taking a sound we are surrounded by and tuning into its beauty at a time when breathing has never felt so loaded.

Immersion culminates in a choral performance at Artsadmin’s Toynbee Studios, amplifying and strengthening the sound, and tuning in to the defiance of borough’s history.
It is a moment to remember the sacredness of air, of living in a constant cycle of inhalation, transformation and exhalation with the planet and each other.
It is a pushing back against the tickled throat, black snot and bitter aftertaste of ULEZ.
It is a reminder that we cannot solve the decimation of our planet until we solve the gentrification and pollution of our cities.
It is a reminder for us to remember what it is to breathe.

Immersion is commissioned and produced by Artsadmin and is also supported by ACT (Art, Climate, Transition) through the Creative Europe programme of the European Union, the Foundation for FutureLondon and City of London, and Arts Council England through Season for Change.

Selina Thompson LTD (STLtd) is an interdisciplinary company that makes work that is urgent, playful and intimate. Since 2012 they have made theatre shows, installations, workshop plans and radio work for pubs, clubs, shopping centres and performance spaces across the UK and the world. In 2016 they retraced a route of the Transatlantic Slave Triangle by Cargo ship and went on to create Salt, which has since toured to four continents and won three awards. In 2017 they were commissioned as part of 1418NOW to begin a major new work looking at radical futures for democracy in the wake of the Suffragettes. And in 2018 they began to write their first mid-scale musical work, bringing together a Hip Hop Icon and the dreams and energy of teenage girls from across the world. They slept a lot in 2019, but they’re back in 2020 with new dreams about new democracies, and race and gender after the end of the world.

The Company currently consists of Selina Thompson, Sarah Cruickshank and Toni-Dee Paul, supported by a team of collaborators and our board.
selinathompson.co.uk

Artsadmin is a producing organisation, which enables artists to create without boundaries, connecting bold interdisciplinary work with local, national and international audiences. The advisory service supports artists at every stage of their development with free advice and opportunities. In London’s East End, Artsadmin has established Toynbee Studios, a centre for the creation, development and presentation of new work, where new talent is constantly nurtured in the rehearsal, performance and meeting spaces.

Artsadmin is co-delivering Season for Change with Julie’s Bicycle.
www.artsadmin.co.uk

Selina Thompson’s Immersion is supported by ACT (Art, Climate, Transition) through the Creative Europe programme of the European Union, the Foundation for FutureLondon and City of London, and Arts Council England through Season for Change.