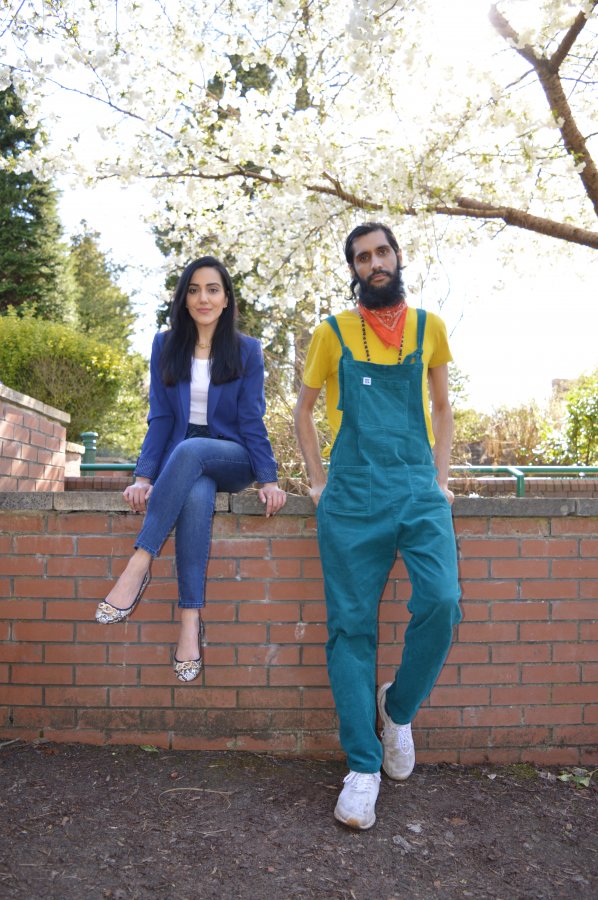 Planet-People-Power will explore South Asian diaspora experience and action in relation to climate change, touching on intersectional environmentalism, environmental inequality and ecological interconnectedness between Manchester and the Global South.

Transmitted via grassroots radio networks, the sound of ecological imagination, thinking and action will carry across Manchester into homes and venues. Artists Balraj Singh Samrai and Farah Ahmad Khan will activate Manchester Museum’s potential as a convening space to bring together contributors including Manchester Museum’s South Asia Gallery Collective, and the youth programme OSCH (Our Shared Cultural Heritage, a British Council partnership programme for young people of South Asian heritage).

Having trained as a barrister, Farah led a legal career. Her transition into the Humanitarian sector has taken her to refugee camps and communities across the globe where she has gained further, deep rooted, exposure to Arts, Cultures and Heritage. Farah uses her experiences to write, perform, empower, and educate across a multitude of educational platforms. She is a globally exhibited, freelance Artist and has commissioned several pieces in multiple languages.

In 2020 Balraj Singh Samrai and Farah Ahmad Khan began collaborating – alongside a host of talent including Asian Dub Foundation’s Pandit G, renowned tabla player Vikaash Sankadecha as well as Gavsborg and Shanique Marie of acclaimed Jamaican collective Equiknoxx – on ‘I Should Have Hugged You Tighter When We Last Met [Oh what a joy]’.  Created with the support of Opera North’s artist development programme, Resonance: The Lockdown Edition the work responded to life in the COVID-19 era and the impact the pandemic has had on Black, Asian, Indigenous and Ethnic Minority groups.

Balraj and Farah have both been selected to be Manchester International Festival (MIF) Sounds Artists for 2021 creating new works exploring the impact of the pandemic on their communities.